A newly dug canal in the Danube Delta’s southern branch, the Sfântu Gheorghe, has made a significant impact on the local fauna and human economy. In today’s blogpost, the Romanian anthropologist and environmental historian Dr. Stefan Dorondel gives us a glimpse into his fieldwork on the transformation of the Mahmudia region, specifically the Carasuhat Canal.

If you visit Mahmudia, a village of 2,608 inhabitants, today, you see a landscape vastly different than it was ten years ago. Located on the Sfântu Gheorghe Branch of the Danube (in the Danube Delta), Mahmudia was a typical fishing village until 1984. Lakes, ponds, backwaters, marshes, and canals had long offered the inhabitants a life based on fishing and animal husbandry in the marshes. The socialist transformation of nature, however, brutally changed Mahmudia’s landscape. Waters and marshes were drained, and a massive levee was built in order to claim agricultural land and transform the village economy. Almost overnight, the residents of Mahmudia went from fishing to working for the new collective farms. The decollectivization and the restitution of agricultural land to former owners after 1989 and the privatization of the nearby limestone quarry left villagers entirely dependent on agriculture. The project of ecological restoration—in other words, demolishing the levee to allow the Danube waters to re-occupy a territory which had once belonged to them—meant digging a canal called Carasuhat. This transformed 990 hectares of pastureland into a large lake. The partial recovery of the historical landscape (albeit still a very different one that that destroyed by the socialist regime) proved to be a gain, not only for fish, waterfowl, and other aquatic animals, but for humans, as well. In 2016, before the levees were breached and the Danube had partially reclaimed its territories, there were only a few isolated hotels and restaurants in the area. The number today is much higher, with more than fifty such establishments catering to tourists.[1] In addition, motorized boats offer visitors the chance to tour the nearby lakes and channels. The number of visitors to the village has steadily increased since the opening of the Carasuhat Canal. In 2018, a total of 2,411 people visited and stayed in the village.[2]

The canal is located southeast of the town of Tulcea:

The Carasuhat Canal was dug between 2012 and 2016. The canal allowed the Danube (Sfântu Gheorghe Branch) to flow back into areas that had become arid behind the levees. This project benefited from the WWF Romania assistance. The driving force behind the ecological reconstruction of the area was Gheorghe Demidov, a former military pilot who had retired to his native village. As the head of the Carasuhat Canal project, Demidov invested a great deal of time and energy in seeing the venture through. The village fishermen were particularly thrilled over the return of the wetlands, but not everyone in the village shared their enthusiasm. Several farmers, including powerful people who leased agricultural land in the village territory and those involved in animal husbandry, were not at all in favor of the project. This conflict will be the subject of a future in-depth ethnographic field study.

Carasuhat Canal as seen from one of the hills of the village:

The changes to the water infrastructure in this region have had a far-reaching impact on the local fauna. Because of the new water source, several bird species have returned to the area around Mahmudia, including pelicans, cormorants, and coots, to name only few.

Birds happily returning and nesting in the new waters:

When the water levels in the Danube fall, the water in the wetlands recedes, as well, and fertile soils emerge. These areas are quickly covered by plants that in turn provide ideal fodder and habitat for many animals and birds.

Fieldwork will continue next year in order to understand how nature and humans co-exist. Future studies will also analyze the conflicts between the human actors with their differing opinions regarding the return of the wetlands. We will compare these findings with analysis of the Brashlen-Kalimok area in Bulgaria, which has likewise undergone ecological restoration but along very different lines. So stay tuned for more about the reconfiguration of these territories, the return of wetlands, and the influence these changes have on human economies.

We want to thank Stefan Dorondel for this interesting overview of his work and look forward to hearing more about it in the future!

[1] Officially there was one single hotel in the village in 2010. According to data from the mayor’s office, the number of hotels, restaurants, and guesthouses had grown to thirty-one in 2019. A visitor walking through the village, however, easily gets the impression that the actual number is much larger number. 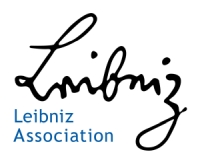